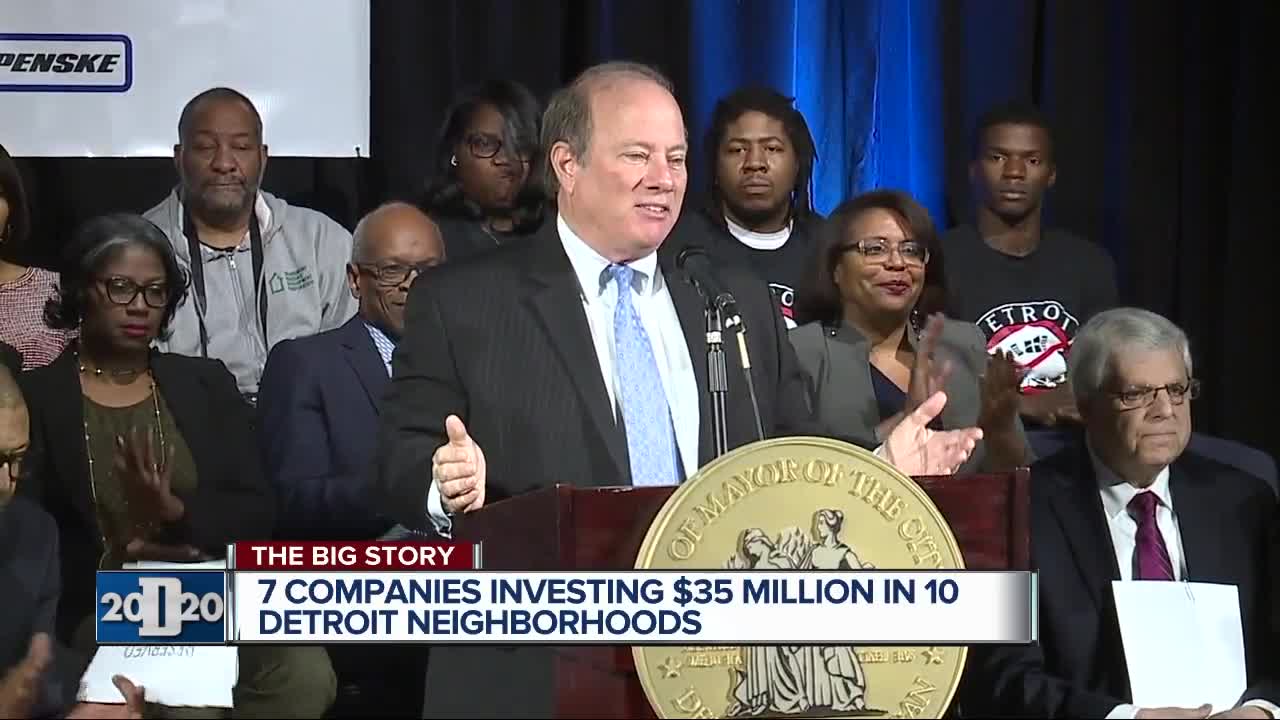 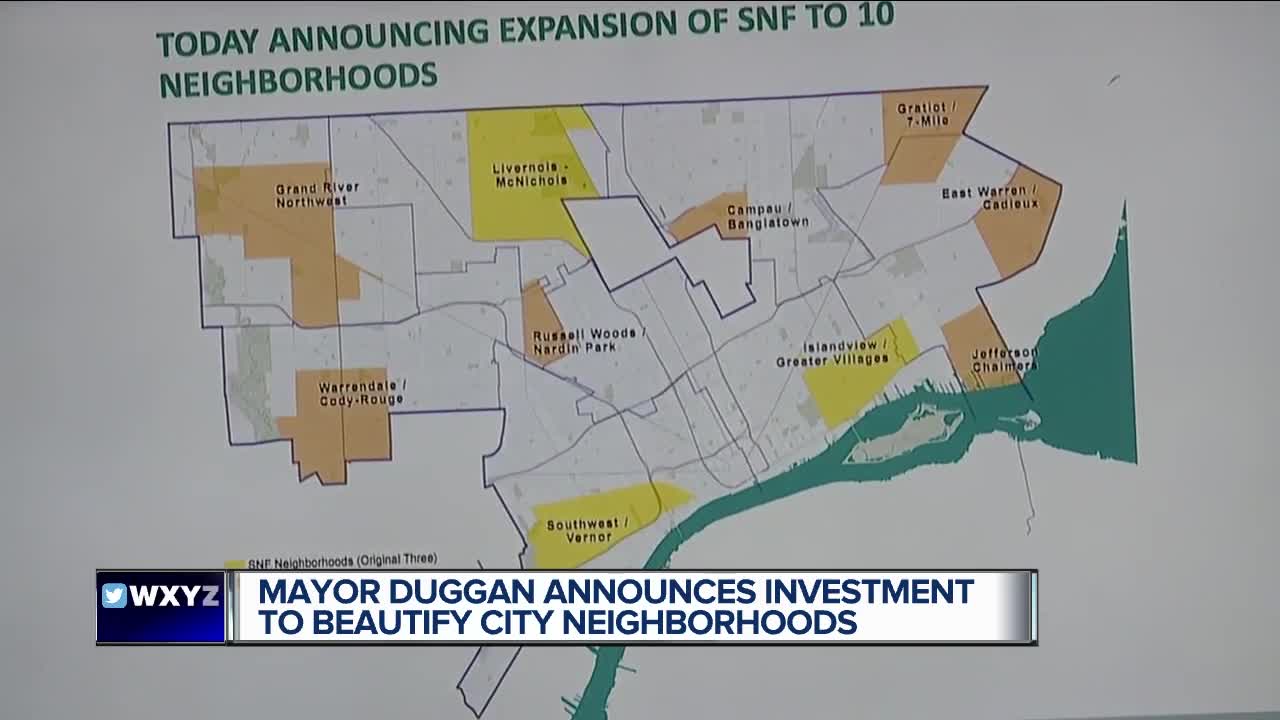 Ten Detroit neighborhoods will be getting tens of millions of dollars in investment from seven different companies in what is the largest corporate donation to neighborhood development in the city’s history.

On Monday, Detroit Mayor Mike Duggan announced that the companies will each invest $5 million to the Strategic Neighborhood Fund which will help physical improvements to the areas in that fund and affordable housing across the city.

According to Duggan, the donation is also expected to leverage another $70 million in private investment, bringing the total to more than $100 million.

The improvements are expected to come in five ways. First, they will create new parks and improve existing parks by adding different amenities.

Next, they will add commercial development to fill vacant storefronts and lots with mixed-use, multi-family projects. The money will also help repave streets and sidewalks, and redesigning them to make them walkable.

“Today, we are seeing a major shift within the corporate community toward investment to our neighborhoods, and residents can expect real, physical changes coming in the next few years,” Mayor Mike Duggan said in a release. “With the help of our partners and this record-breaking commitment, we are taking the strategy that worked in Midtown and scaling it citywide to bring more development to neighborhoods across our city.”

Construction and improvements are already underway in three different neighborhoods: Livernois/McNichols, Southwest/West Vernor and the Islandview/Greater Villages. Those improvements include a 2.5-acre park, the Coe development which will add 12 new units, and new and improved lighting and other improvements to Clark Park in southwest Detroit.

Over the next five years, the donations will help seven other neighborhoods in the city of Detroit. Those are: Grand River Northwest, Jefferson Chalmers, Russell Woods/Nardin Park, Campau/Banglatown, Warrendale/Cody-Rouge, Gratiot/7 Mile and East Warren/Cadieux.

I work in the legal and literary community and have a passion for criminal law. I am amazed how so many people lives are affected by the law. Having first hand expierence from the effects of white-collar cime I created CrimeDivas to help inform and prevent professional, college educated females from crossing the line of GREED, that leds to the wrong side of the law. I also know first hand the importance to help and encourage those that have fallen from grace with a second chance at life . . . . I encourage each person that reads these posts to tell ten females about it, because you never know if that person has a secret that has to do with this subject matter. To learn more about CrimeDivas check out www.crimedivas.com. wordpress.com View all posts by CrimeDivas

This is a text widget. The Text Widget allows you to add text or HTML to your sidebar. You can use a text widget to display text, links, images, HTML, or a combination of these. Edit them in the Widget section of the Customizer.